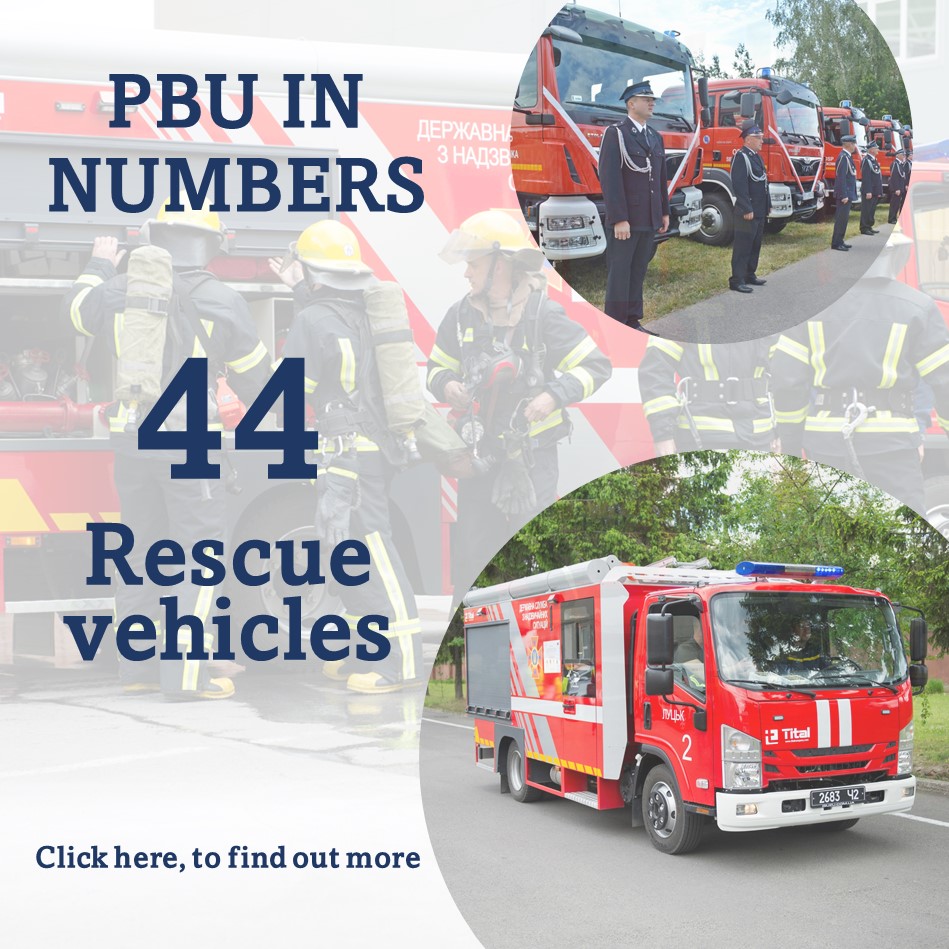 Project stories 9. A water highway between Drahičyn and Drohiczyn 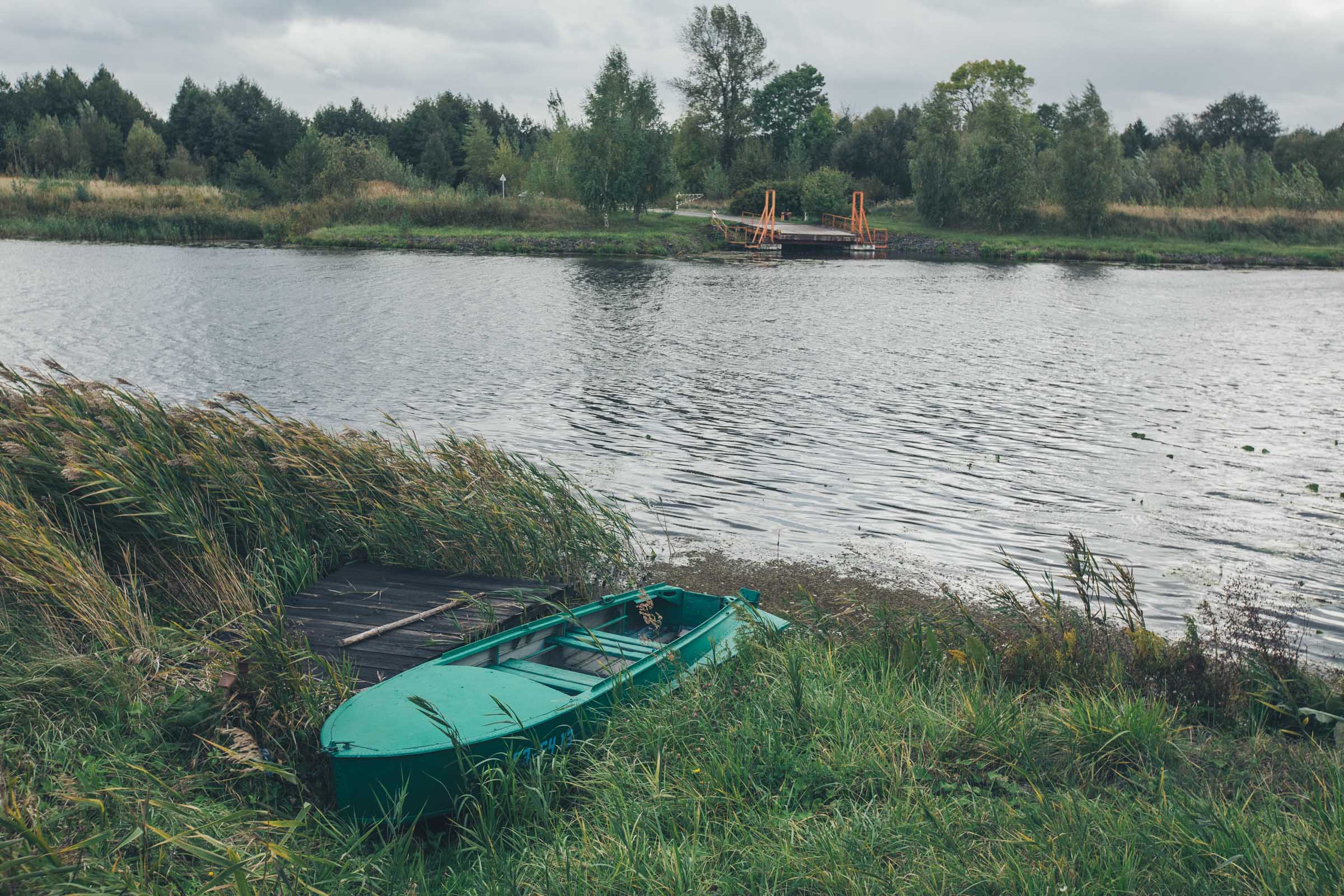 For more than thirty years Nikolai Garastyuk led and promoted sports and tourism in the Drahičyn district, located on the western part of Belarusian Paliessie, in the basin of the river Dnieper. In the late nineties of 20th century, as member of Belarusian delegation, he was lucky to take part in a tourist rally in Poland. The program of the trip was designed for 5 days - kayaking or a cycling tour. Both, the kayaking and cycling routes, began in Biała Podlaska. By a twist of fate, Nikolai decided to kayaking. The water route ran along the Krzna River (left tributary of the Western Bug) to the Bug River and further along the river towards a Polish town Drohiczyn. The whole trail Nikolai was sincerely enjoying these outdoor activities and was excited by this type of active tourism. And after many days rafting, he came up with an idea to make a kayaking route in his area as well.

Nikolai had been toying with this thought for a long time, but it took him 20 years to bring it to life. The realization of the idea began thanks to Rafał Siwek – the main initiator, director of the municipal cultural center in the Polish Drohiczyn. Rafal, actively involved in promoting a healthy lifestyle and developing tourist kayaking tours in Poland, sought like-minded people from the other side of the border and finally met Nikolai Garastyuk, who gladly joint the project. Together they created an unique idea of the cross-border touristic route on the territory of three border regions in Poland, Belarus and Ukraine. Nikolai’s twenty-year-old dream began to come true.

It is worth mentioning that the tourist traffic in these areas today is quite poor. The low level of accompanying infrastructure (especially lack of information boards, signage, dustbins, rain and rest sheds, view towers and platforms), the insufficient number of destination signs for kayakers and other tourists, as well as general lack of information about the region's attractions did not allow to use the potential of the surroundings of the Bug River to the full extent.

Two tourist trails for kayaking planned by partners will unite Drahičyn and Drohiczyn. New water trails will be offered to the visitors along the river Bug, together with proper signage, information points, megaphones and building almost 40 resting spots along. First kayak trail will lead from Verkhobuzh (UA) to Wyszków (PL) (ca. 700 km), another one from Bielin to Brest in Belarus, along the Dniepro-Bug Canal and Muchaviec River (ca. 100 km). Moreover, three Centres of Kayak Tourism will be created in Sokal (UA), Bielin (BY) and Drohiczyn (PL) promoting natural heritage and kayak tourism in the area. Visitors will be able to rent there kayaks and necessary equipment free of charge, choose the most suitable kayak in outdoor pool, attend kayak workshops, shows and excursions. Additionally, the Centre in Drohiczyn will create a museum of kayaking and unique kayak simulator for young, elderly or disabled visitors, where they could try themselves in a dry environment. All Centers will be equipped with portable electronic translation devices for foreign tourists. To fully explore the beauty of the landscapes 8 observation towers will be constructed as well. The creators of the project are sure - kayaking routes will become a new cross-border brand.

The trail along the Dnieper-Bug Canal will remind tourists the history of this significant cultural and natural heritage and it may become the bright touristic pearl of the region. First part of the Canal was officially opened by the last Polish-Lithuanian Commonwealth ruler Stanisław August Poniatowski. It was called the Royal Canal and it had strategic importance in the 19th and the beginning of the 20th century, as it was the only navigable inland waterway connecting the Baltic and Black Seas.

The new kayak trails, leading through the borderline of Ukraine, Belarus and Poland, will enable the nature-loving people to discover the untouched beauty of the Bug river on the cross-border area. And  our hero, Nikolai Garastyuk, is already planning a joint kayaking tour with his friends from Poland and Ukraine. But now, after 20 years, he will have the opportunity to enjoy all the delights of active water tourism also in his native land, paddling along the Bug and the Dnieper-Bug Canal.

Thanks to the financial support of the European Union, the project titled “Bug unites us - creation of two cross-border touristic kayak trails” is being implemented within the Cross-border Cooperation Programme Poland-Belarus-Ukraine 2014-2020. 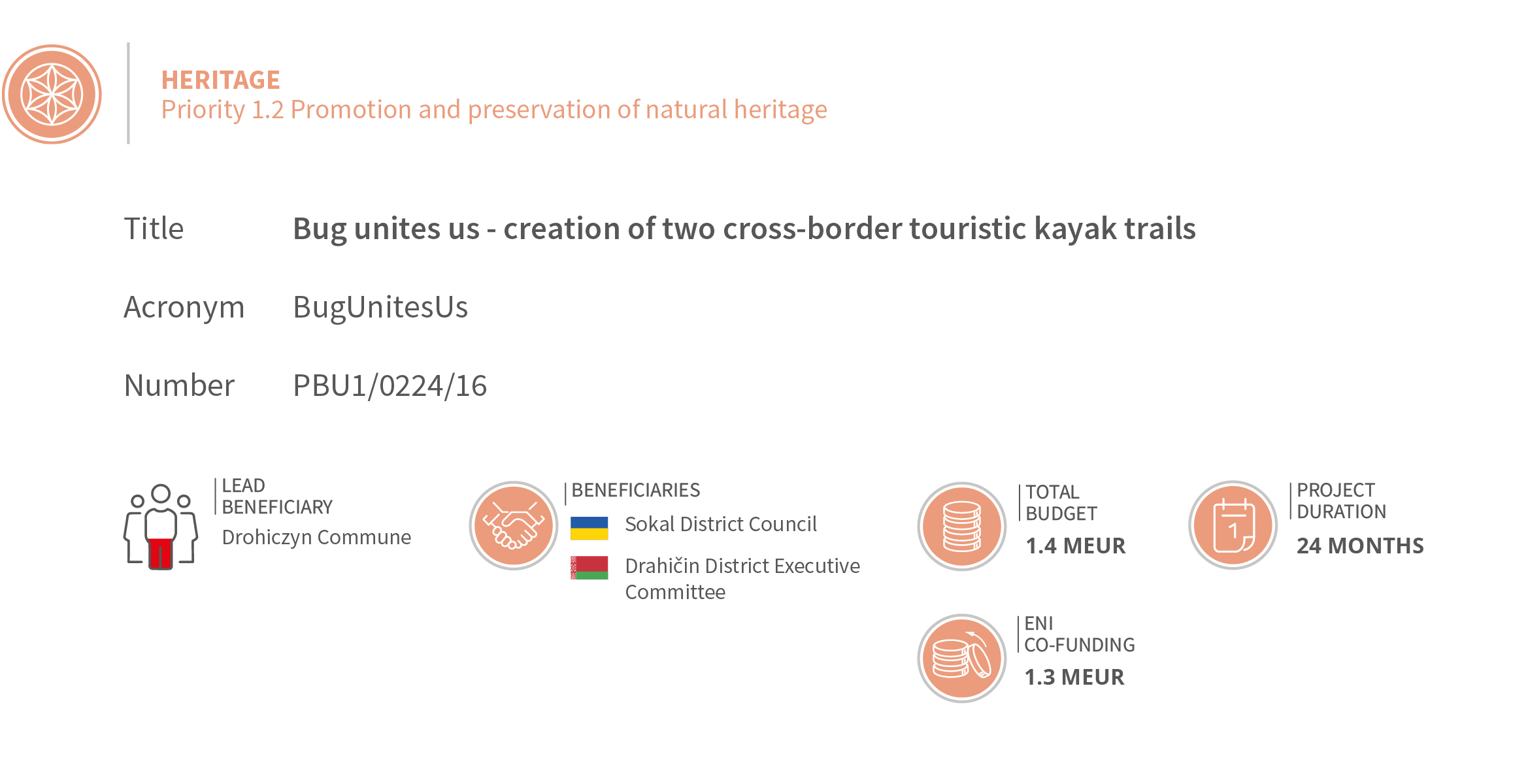