Project stories 12. From the river’s perspective 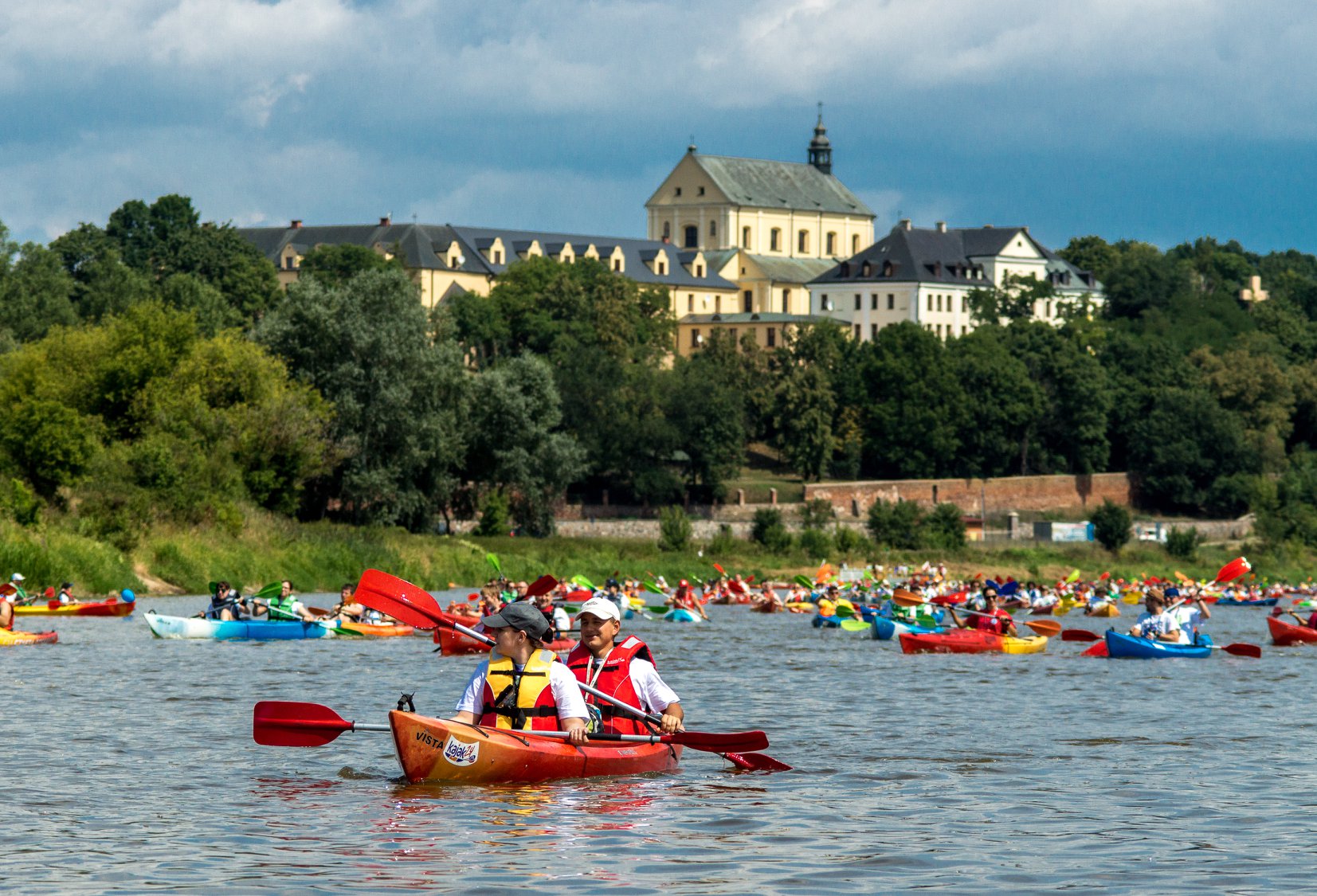 Like nothing - a modest hull and paddles. With this - blisters on the hands, sore arms, soaked clothes, uncomfortable life vests. But how many unique and exceptional experiences in return! Kayaking enthusiasts could talk about it endlessly ...

Kayaking is very close to nature - animals peak out of the bushes, birds take off. We can observe our villages, towns and cities from a completely different perspective, from the river’s perspective. Traveling down the river, we never know what we will see just around the bend. The landscape is constantly changing, it’s never the same and that is amazing

– with every sentence, Rafał Siwek, a keen kayaker, becomes more and more enthusiastic...

On the tri-border of Poland, Belarus and Ukraine there are plenty of places to go kayaking. The flowing waters of the Bug of almost 800 kilometres, together with its tributaries form hundreds of meanders, sandy slopes and beaches, opening views of vast, untouched spaces. This network of rivers, like an intricate necklace, combines pearls of architecture, virgin nature and a common rich history.

Kayaking teaches us how to commune with nature without any interference. We are dependent on the direction of the river and this is exciting. Secondly, it teaches how to interact with other people – kayaking connects people!

– says Aleksandra, a participant of the Bug River trip "500 kayaks", which was born to commemorate the 500th anniversary of the Podlaskie Voivodeship.

It gives a great satisfaction from overcoming your own weaknesses. It's a great form of relaxation on the water, it's also a good integration and lesson of cooperation

Following the interest of tourists, kayaking enthusiasts from the Polish Drohiczyn decided to do something more. When they were visiting the nearby Sokal, also on the Bug River, it turned out that the Ukrainian partners had a similar idea for development of tourism in the area. Without thinking too long, they decided to join forces. They also invited Belarusians from the nearby village of Bielin, from where - throughout the Dniepr-Bug Canal and the Muchavec River connecting the Black Sea with the Baltic Sea - the Bug River can be reached. In this way, one of a few, three-sided, Polish-Ukrainian-Belarusian project was created to mark and promote over 800 kilometres of the water trail called "Bug unites us". About 400 shipping signs will appear on the banks, rest areas will be created with informational boards and maps, rubbish bins and huge wooden tubes, inside of which people will be able to sit and listen to the sounds of nature. Eight observation towers will also be built, from the height of which tourists will be able to explore the beauty of the surrounding area.

Kayak tourism centers were created in Sokal, Bielin and Drohiczyn. The ones in Ukraine and Belarus, they will act primarily as informational points and equipment rentals, while on the Polish side the center houses exhibits of the Kayaking Museum previously operating in Drohiczyn, a kayak simulator and a tent with a pool for testing kayaks.

We have also purchased 10 kayaks, each one different: from a free-style kayak for exercising sport “swings”, through a children's kayak, sea, expeditionary kayak, etc. All so that visitors can see and test different types of equipment

The promotion of the trail will be enhanced by international kayaking expeditions, publications, participation in tourism fairs, a website, a special e-application and a computer game. The authors of the project hope that along with the creation of the trail, agritourism farms and equipment rentals on the riverside as well as companies organizing professional kayaking and other events will develop.

Interestingly, there are already two places on the external EU border between Poland, Belarus and Ukraine, where during the tourist season you can get a border check and cross the border through the waterway, as part of kayaking or canoeing trip: on the Augustów Canal and in Brest on the Bug River. The creators of the “Bug Unites Us” trail dream that another such place will be created in Gołębie, a small village on the Polish-Ukrainian border. But this is a topic for a new story and maybe for another project...

The project “Bug Unites Us - creation of two cross-border touristic kayak trails” is being implemented thanks to the financial support of the European Union.

More information on the BugUnitesUs project can be found here.