Competitions
/ News / Project Stories 21. How the cycling and history became one hobby

Project Stories 21. How the cycling and history became one hobby 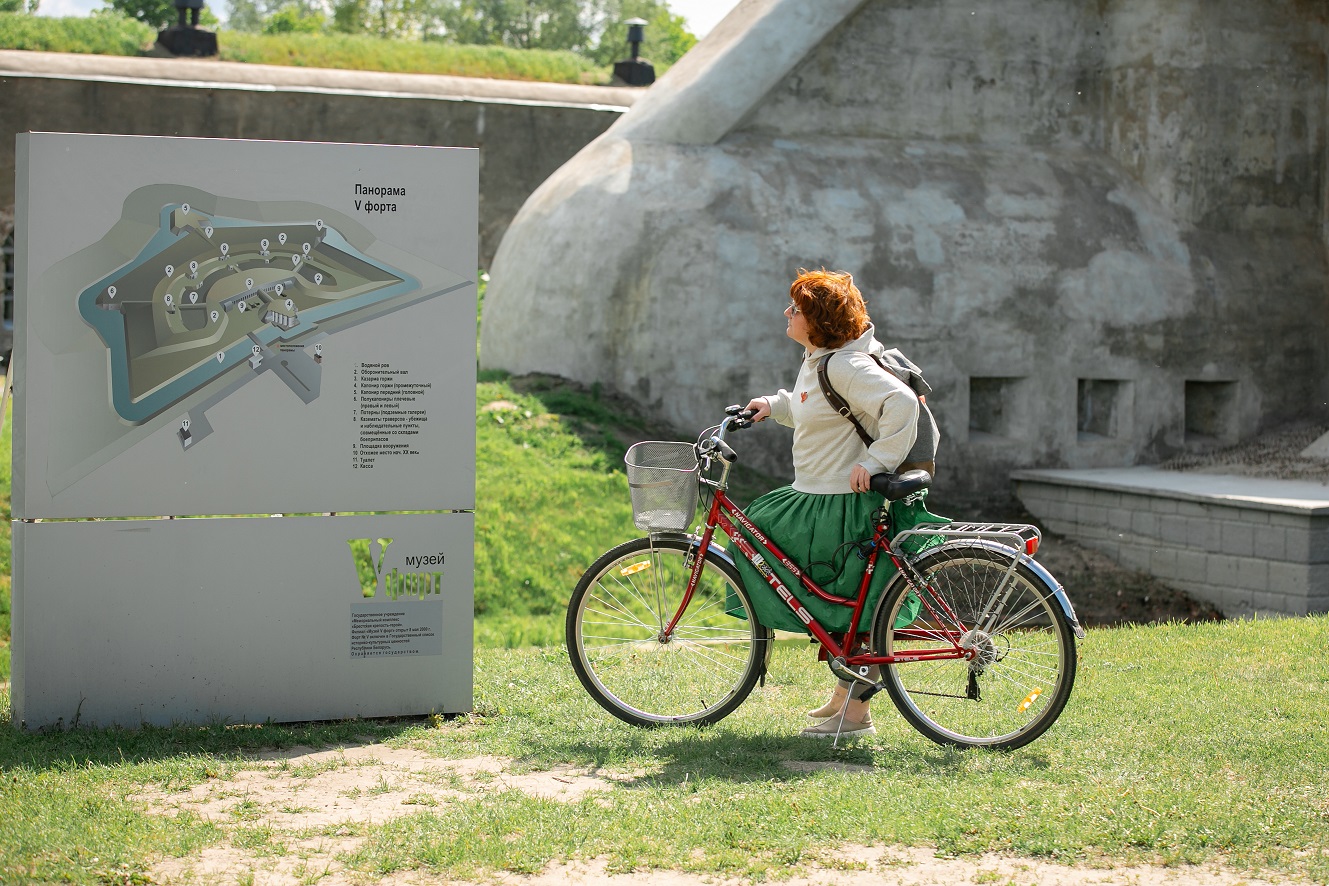 We want to bring some of them closer to you by the "Project stories" – the cycle which presents their more human (but also animal – as in the 1st and 13th episode) dimension of our selected projects. We invite you to read!

Who as a child hasn't read a book about Pippi Longstocking, full of optimism and unwavering faith in the good things in life? The wonder girl with good heart always in a good mood. Exactly the same association comes to mind when you meet Alina Dzeravianka, the hero of the VeloFort project. Perhaps, this is how Pippi could be as an adult - full of optimism and friendliness, actively developing creative cultural projects.

Alina Dzeravianka is graduated cultural project manager, having studied and worked for several years in Moscow. However, at the end of 2012, she came to Brest by invitation to develop the potential of the famous Brest Fortress. This work fascinated her so much that in 2013, Alina finally fell in love with the city and decided to move here. Since that time, a non-profit organization - the Brest Fortress Development Foundation - has been established to accumulate all the work.

What was amazing after my stay Moscow was the ability to ride a bicycle everywhere. Even though the infrastructure was not well adapted, the city itself was suitable for cycling. From that point my passion for bicycles came.

So Alina has become an active cycling enthusiast, riding a lot, not only around the city, but also on cycling trips. On one of these trips along the Greenvelo route, almost 200 km were covered in 3 days from Terespol to Włodawa and it turned out to be an interesting experience and travel idea.

It is no secret that for many people the Brest Fortress is the main attraction of the city of Brest. It is not only a significant historical place for the citizens, but also a kind of tourist "must have" for travelers. However, not many people know that the Brest Fortress is not limited to the territory of the memorial. The fortification sites, conceived back in the second half of the 19th century as a common defensive line, are much more extensive and cover today the territory of two countries - Poland and Belarus. In total, the forts today are about 20 sites that have been preserved in different condition.

Alina and her team have been researching the fortress and its forts for several years, which includes both fieldwork and archive research. One significant result was the book Atlas of the Brest-Litovsk Fortress, published in 2017. In 2016-2017, the Foundation's team studied, among other things, the state of forts in Poland and their specific features. For example, many forts are privately owned, some are museums, and others are simply interesting sites with their own history.

At first, you don't understand much about the past when you enter the city, but it is discovered gradually, layer by layer. And over time, there is a desire to share that knowledge. It's all become very interesting - Alina shares her impressions.

Over time, the Foundation accumulated a lot of information on historical sites, and Alina and her team came up with an idea to do bike tours through the forts in Brest on purpose. Young people often came to these bike rides, responding to the event on social media, looking for an interesting combination - a bike ride and a historical tour. Sometimes groups of amateur cyclists 50+ also came on tours, and then it became clear that the fort's sites were of interest to different audiences.

Cycling around the Brest fortifications and the surrounding areas is an unusual symbiosis of active tourism and immersion in the history is increasingly attracting locals and travelers alike. It turns out that the forts of the Brest Fortress offer big potential for bringing people together and developing tourism. A large layers of heritage from several centuries is in the direct vicinity - both in the city itself and in its surrounding areas - says Alina Dzeravianka.

It didn't take long to find a partner in Poland - an acquaintance at one of the conferences with the Digital Culture Institute Foundation from Lublin helped. Alina met Magdalena Kawa there, a member of the foundation's board, also an amateur cyclist who knew little about the forts but very experienced and enthusiastic about the idea of promoting active historical tourism.

The 10 key sites were chosen - five in each country. In the Belarusian part of the route, they are located throughout the city, where the main sightseeing is the 5th Fort Museum, the only museum of its kind in Belarus where a new exhibition opened in 2021. In Poland, 2 of the 5 sites are museums: the Powder Magazine in Kobylany and the Intermediate Barracks - there are fixed expositions and temporary exhibitions. Most of the other sites can only be viewed from the outside or photographed. Visitors can find out more about their history with the help of an audio guide.

In the consequence, a cycle cross-border route around the forts came into being - combining the sites of the forts and the surrounding barracks into a two-day cycling route of 70 km in Brest in Belarus and Terespol in Poland, which will tell the story of their creation. Within the project, the cyclists can download a mobile app as well as an audio guide on historical photos and explanations in three languages (Polish, Russian and English).

The message of the project is that the Brest Fortress is not just a memorial complex, but a cross-border site with two rings of forts. It is a part of our common heritage, and we would like to raise the profile of these sites and show how they can be used, what you can see, and at the same time promote active, educational recreation - says Alina Dzeravianka.

More about the VeloFort project can be found here.