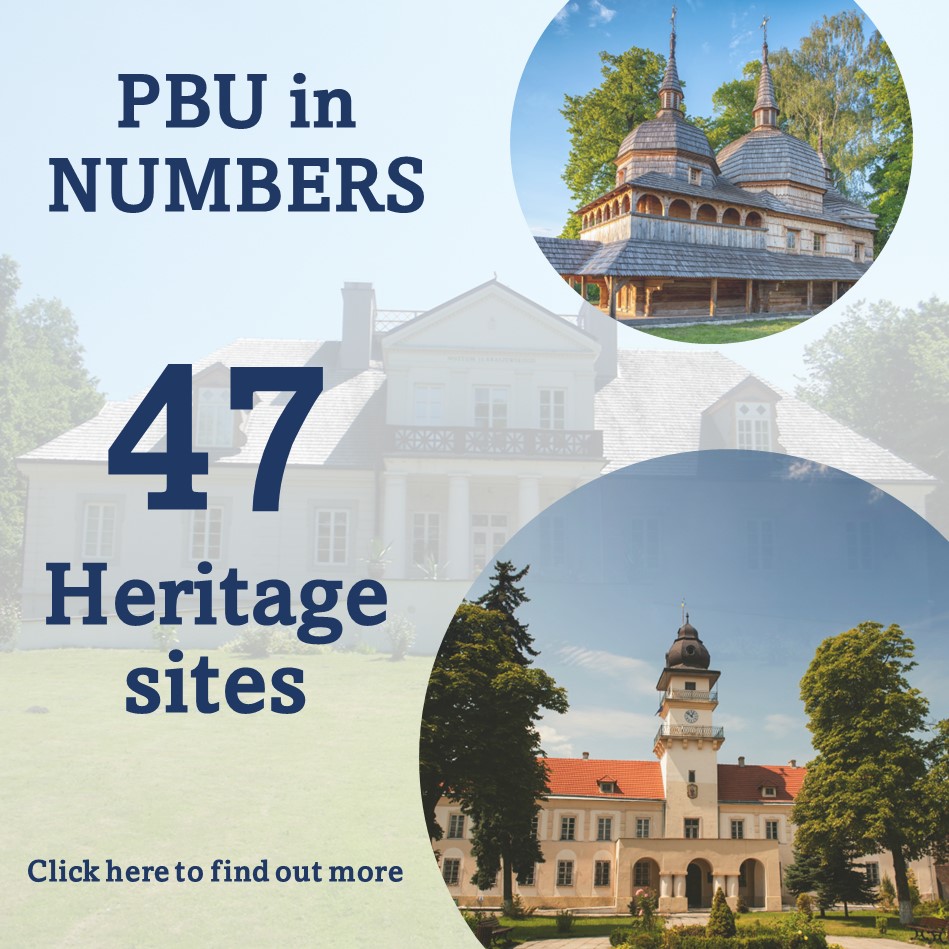 Time for results: Roztocze across borders – a way to promote ecological tourism

We invite you to follow the effects of joint work of the partners from Poland and Ukraine within the PL-BY-UA Programme, made possible thanks to co-funding from the European Union.

Roztocze is a unique area inscribed on the UNESCO list of nature reserves, located in the Lubelskie Voivodeship and Lviv Oblast. Implemented with the support of the Programme, the project "B(L)ike Roztocze together in spite of borders" (acronym PLUARoztocze) allowed for the development and improvement of tourist infrastructure, unification of bicycle tourism standards in this area, as well as its promotion among visitors. Active actions of partners from the Lubelskie Voivodeship, the Commune of Zamość, the Roztocze National Park and the Yavorivskyi National Natural Park in Ukraine have strengthened the tourist potential of Roztocze, and their effects increase the awareness of residents and tourists about the protection of natural heritage.

More information about the PLUARoztocze project can be found on the website in the 'Projects' tab.

Thanks to the implementation of the project, educational and bicycle shelters were built, as well as two tourist facilities in the border region of Roztocze were revitalized and adapted to conduct trainings and educational workshops for children and teachers, as well as to organize meetings, festivals and conferences on natural heritage and environmental protection.

In Lipsko Polesie (Lubelskie Voivodeship, PL), in the former school building, a Geotourism Centre was established with infrastructure fully adapted to the needs of people with disabilities. The building has undergone a real metamorphosis and has been thoroughly renovated. At the same time, old outbuildings were demolished, a gazebo and a parking lot were created. Next to it, a nature trail with giant models of fauna and flora of Roztocze was created. 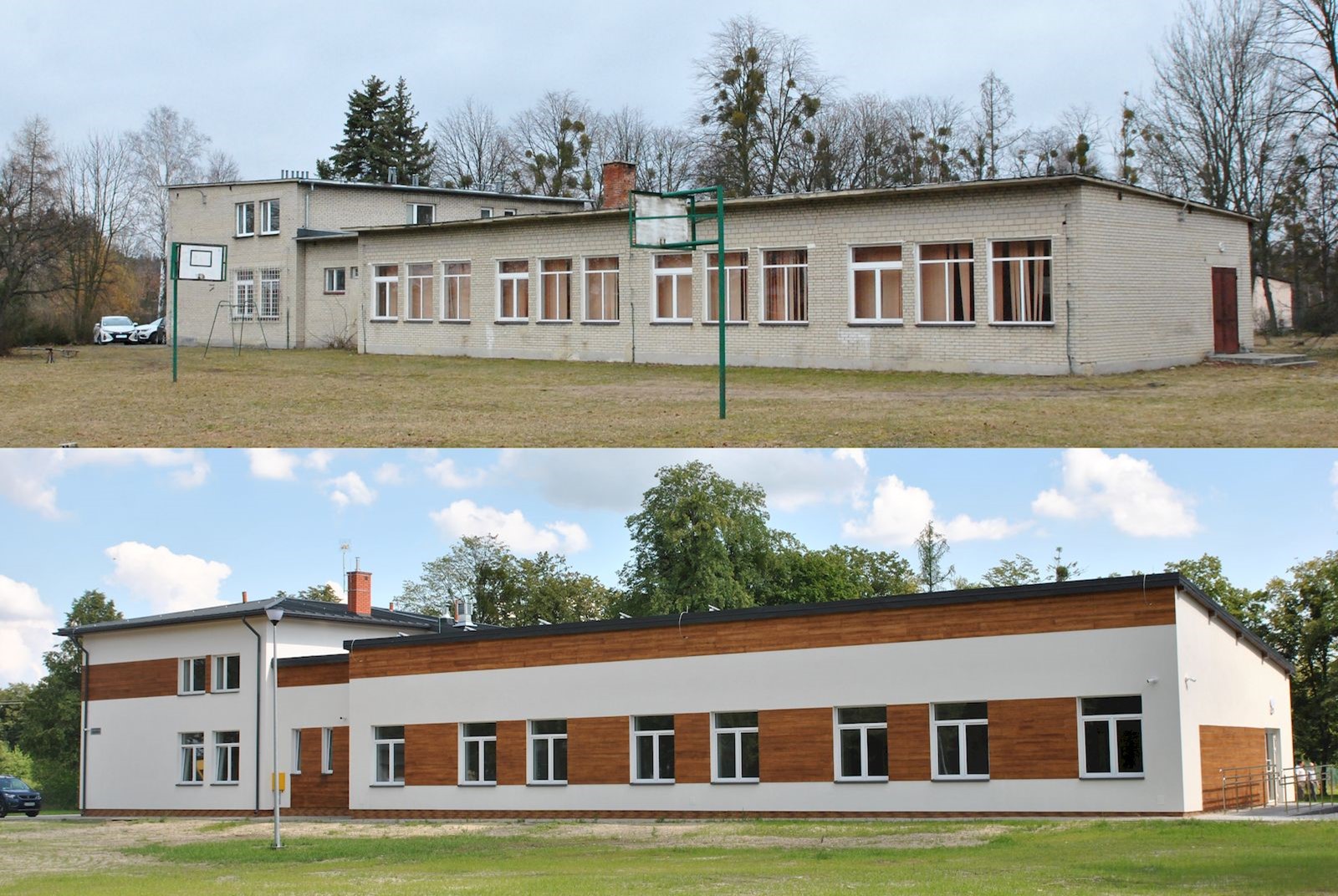 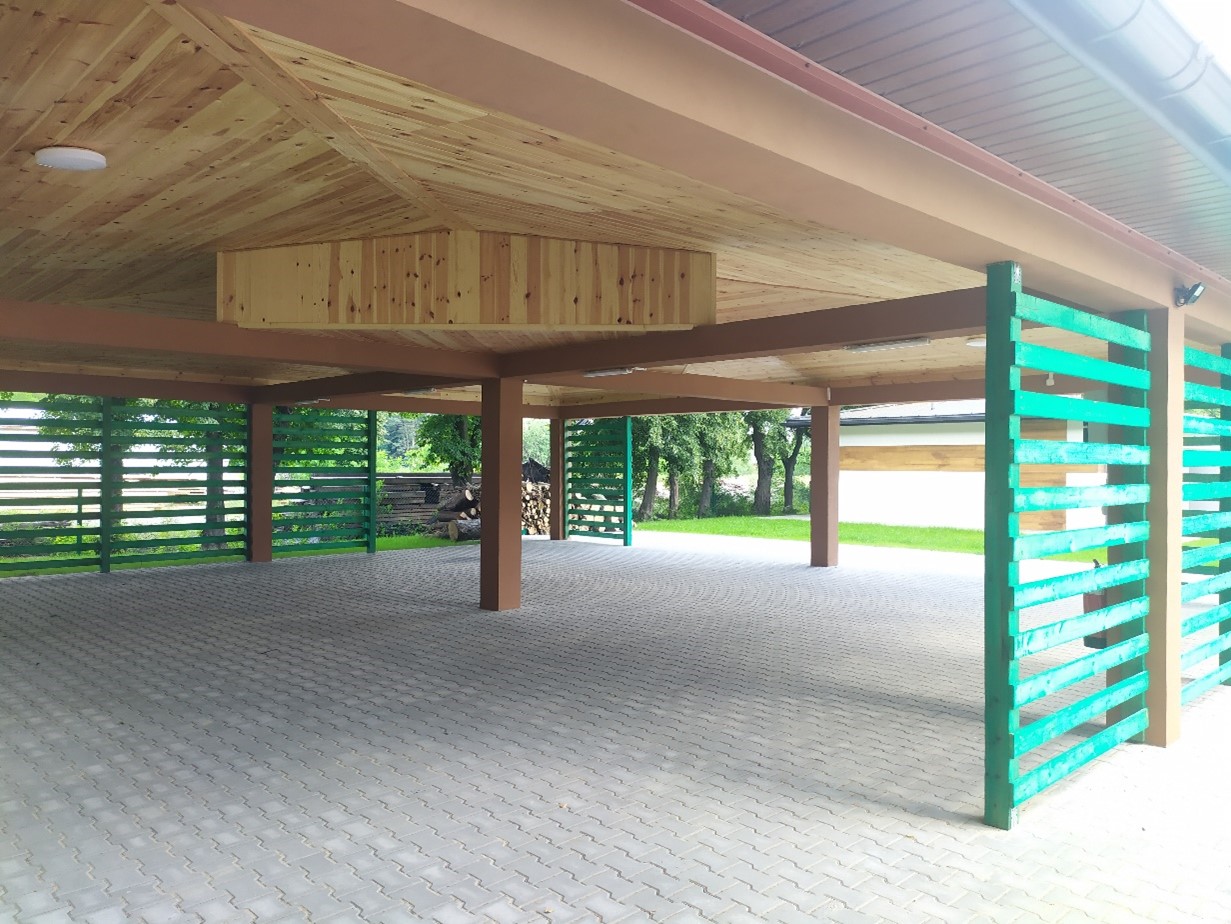 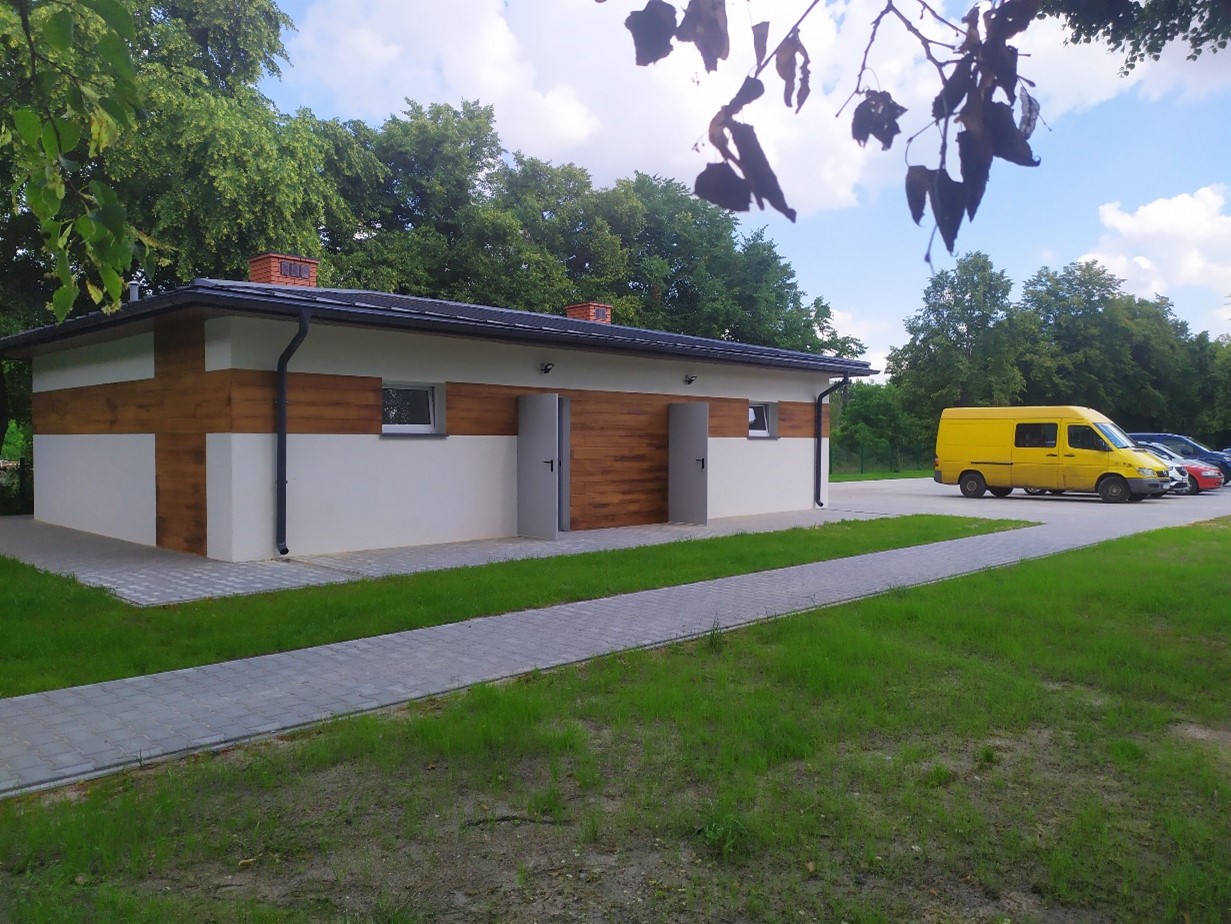 A nature trail with elements of fauna and flora from Roztocze 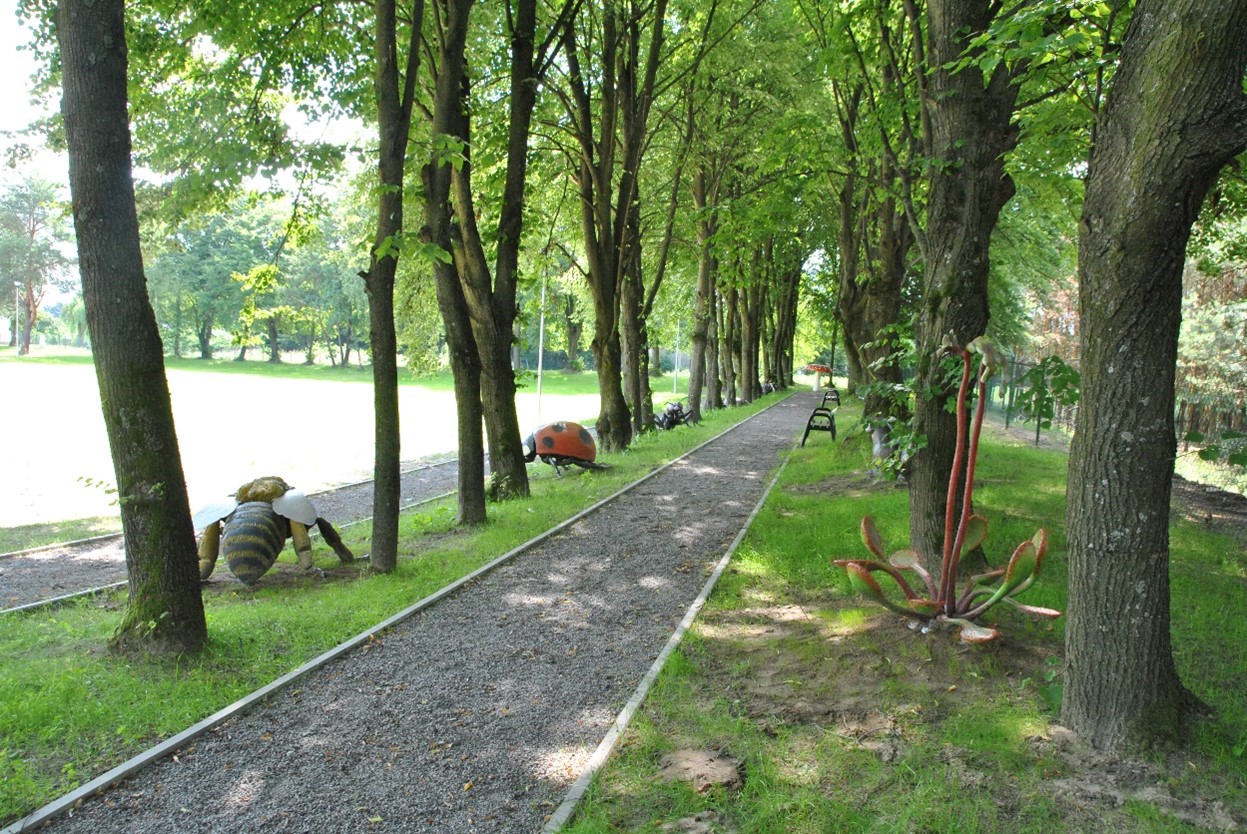 Two observation towers were built in Lipsko Polesie and the nearby Wierzchowiny, from which you can admire the beauty of the Roztocze landscape. 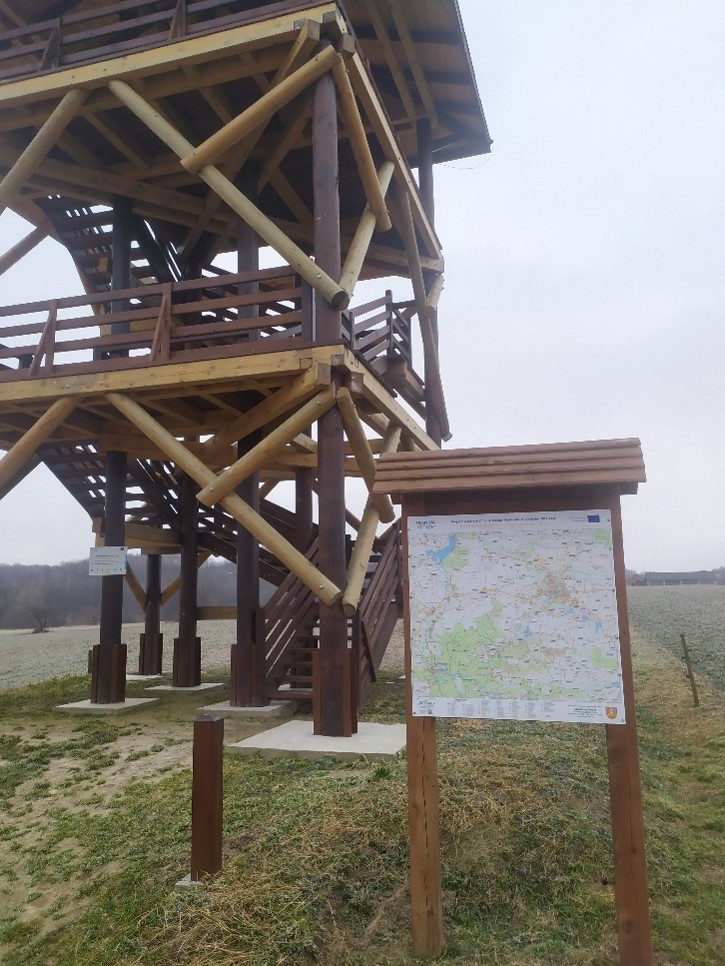 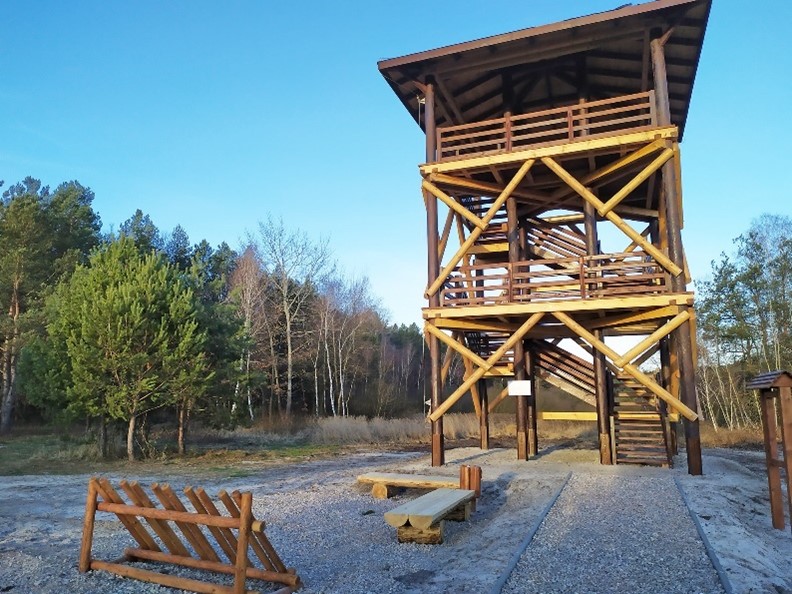 In Vereshchytsia, in the Yavorivskyi National Natural Park (UA), the Ecological Education Centre with an educational shelter was established.

Centre of Ecological Education in Vereshchytsia 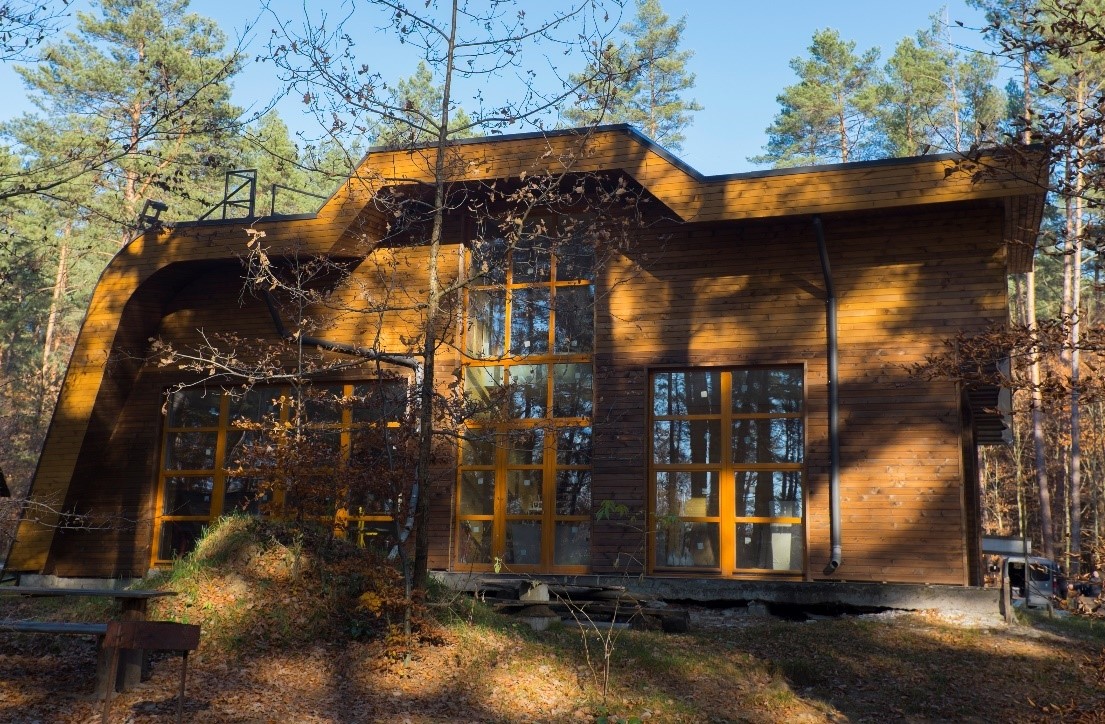 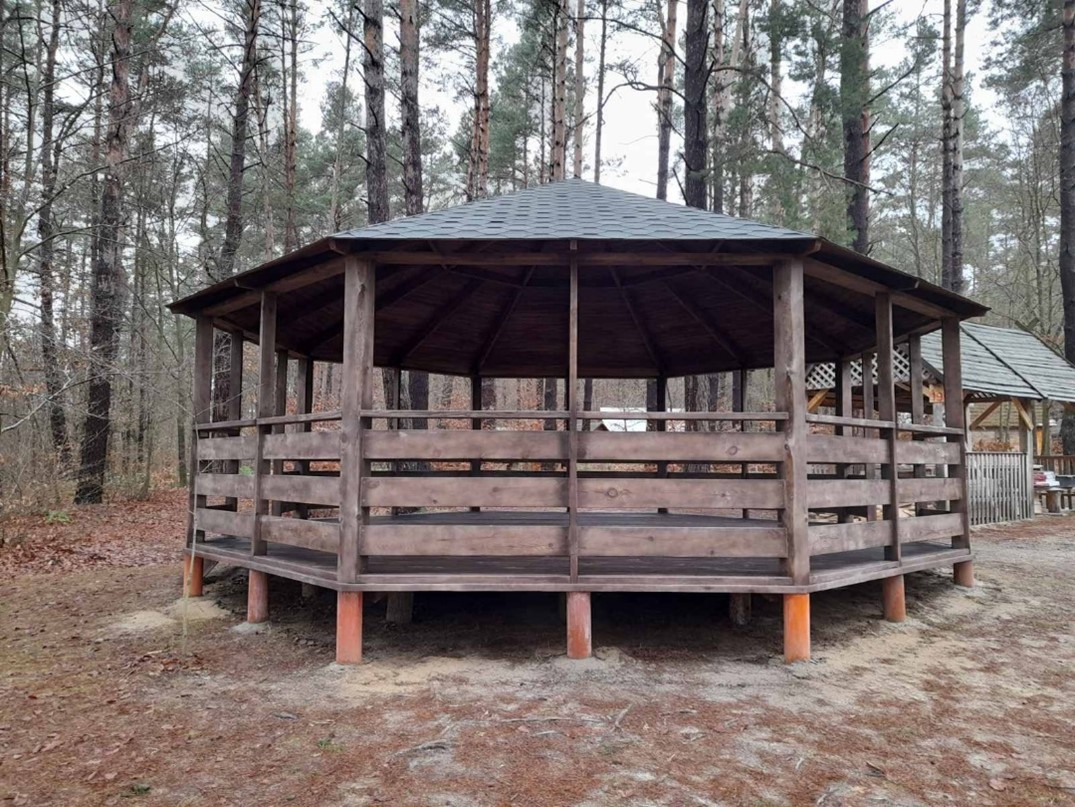 One of the important stages of the implementation of activities and the development of tourist infrastructure was the adaptation of the Central Cycle Route of Roztocze for bicycle tourists, by marking 297 km of the trail – 187 km in Poland and 110 km in Ukraine. At the bicycle trail, rest and bicycle repair points have been installed. For this purpose, wooden covered stops were built, equipped with a table and benches for sitting and a bicycle rack. Information boards for tourists have been installed at each point. 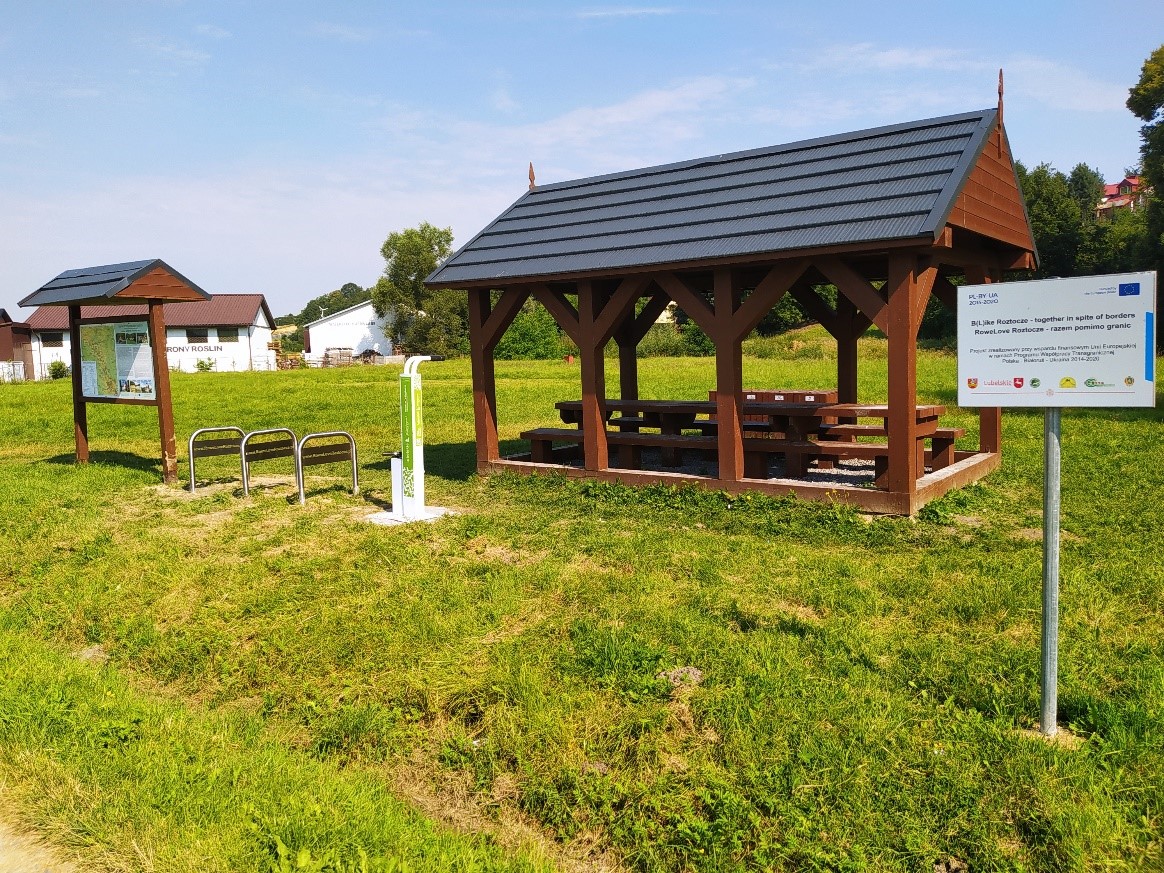 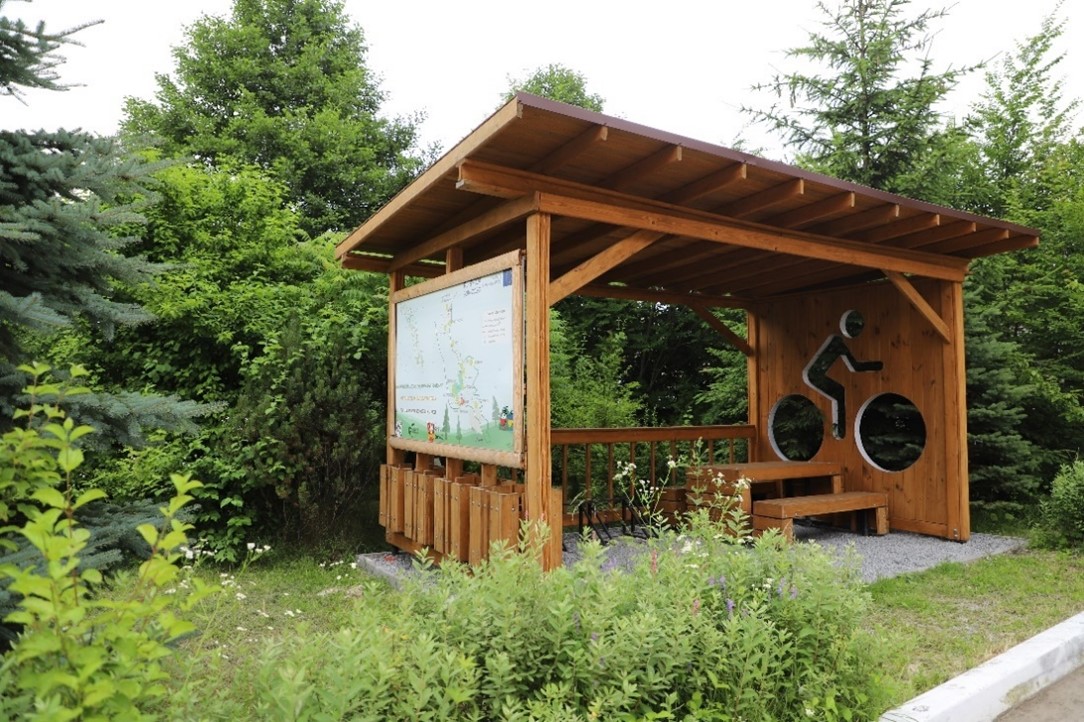 Marking of the bicycle trail in the Roztocze National Park 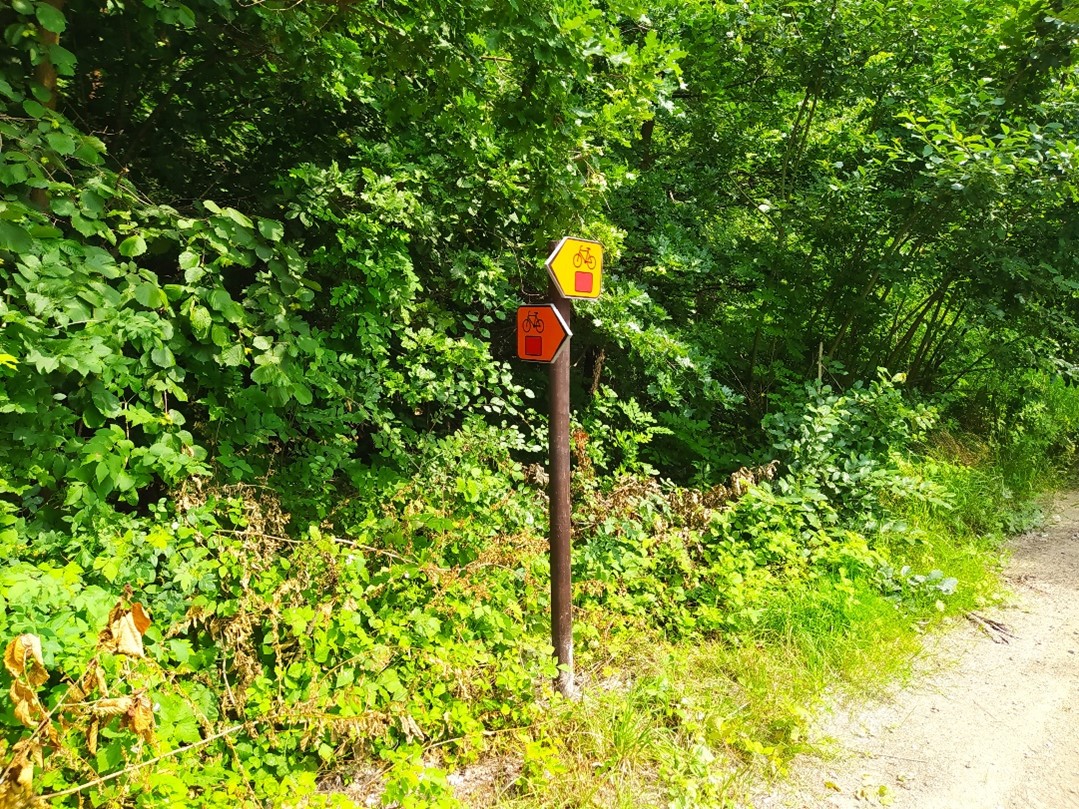 New bicycle routes have also been marked in the Zamość Commune. Bicycle paths with a total length of 77 km have been marked and connected to the Central Cycle Route of Roztocze.

Marking of the bicycle trail in the Zamość Commune 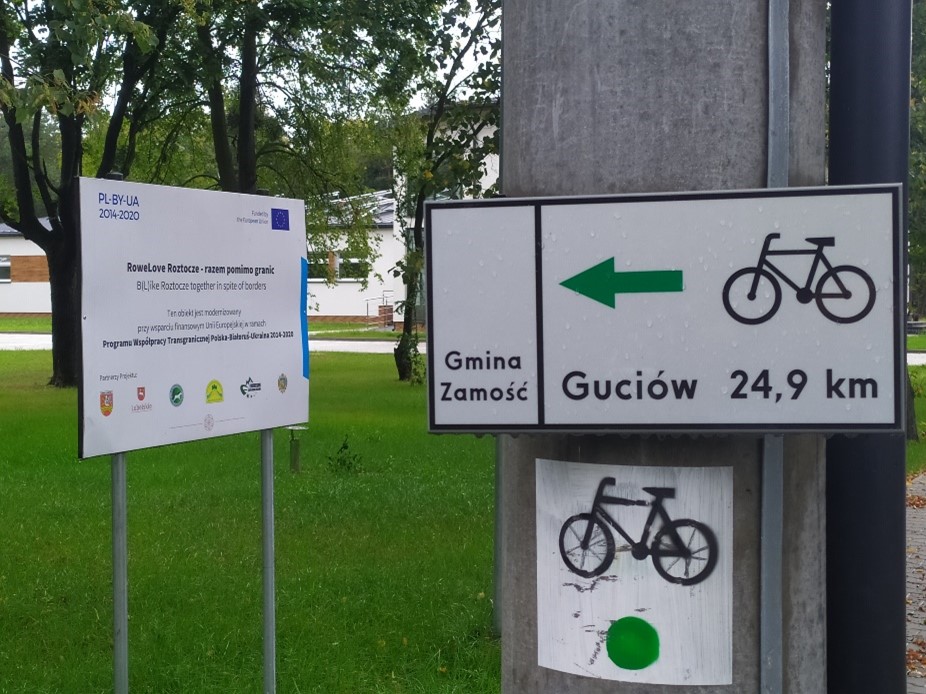 Tourists visiting Roztocze can use the dedicated website of the "Central Cycle Route", where they will find interactive maps or download a mobile application, thanks to which they can easily use sample bicycle routes or plan a trip on their own.

Interactive map in the mobile application

Descriptions of sites on the Roztocze cycling trail 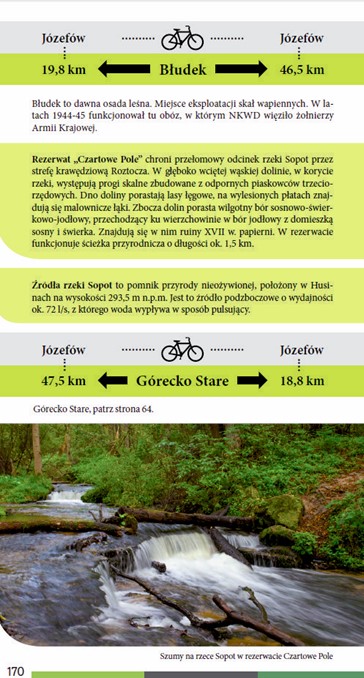 As part of the project, trilingual publications were created in Polish, English and Ukrainian.

Photo album with the Zamość Commune in Roztocze

Active cooperation of partners and numerous meetings resulted in the preparation and issuance of a strategic document on the development of tourism in Roztocze. 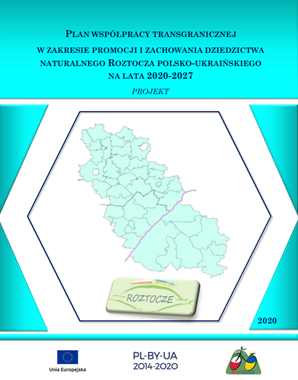 Project partners actively promote ecotourism in the region and raise environmental awareness, i.a. by organizing the World Environmental Education Day celebrations, educational workshops for children and youth, conferences and sports events. Thanks to the organized events, children from schools in the cross-border area have an excellent opportunity to get to know the world of plants, participate in dedicated nature workshops, quizzes and orientation games. Workshops were also organized for employees of environmental institutions, as well as Ukrainian local and regional authorities.

Workshops for children in the Yavorivskyi National Natural Park 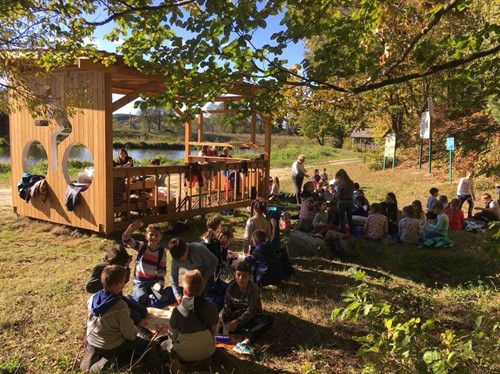 Roztocze National Park actively promotes healthy and ecological rest. As part of the project, a cyclical sports event was initiated – the international bicycle rally "RoweLove Roztocze". The first rally took place on 14-17th July 2021 and over 150 participants from all over the Polish took part in it. Within a few days, the participants covered a bicycle route of various levels of difficulty – a total of over 300 km in the area of the Roztocze Nature Reserve in Poland and Ukraine.

Participants of the bicycle rally 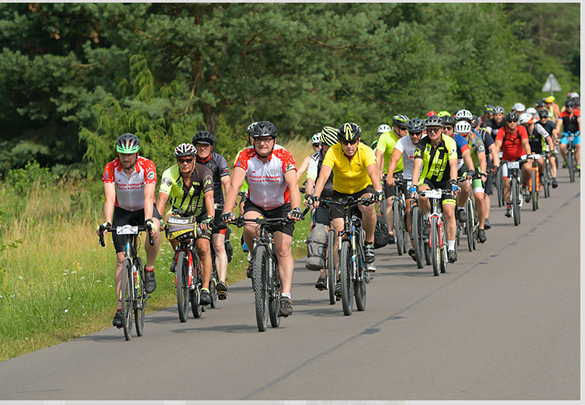 Report from the event