Time for results: Bringing closer the culinary traditions of the Polish-Ukrainian borderland

We invite you to follow the results of the joint work of Polish and Ukrainian partners within the PBU Programme, made possible thanks to funding from the European Union.

Ukraine is currently inhabited by dozens of ethnographic groups. Each of them has its own particular linguistic and cultural characteristics, which have been shaped over many centuries. The most numerous of these groups are the Boykos, who until a century ago lived in the areas of the Skole Beskids (UA) and Bieszczady (PL), and now mainly in the Ukrainian Carpathians. The Boyko land (‘Boykivschyna’) is one of the least studied regions of Ukraine. It is certain, however, that its inhabitants have preserved their cultural authenticity, expressed, among other things, in their culinary traditions.

The MountainTaste project has served to preserve the unique legacy of the culinary heritage of the highlanders from the Polish and Ukrainian borderland, and its results are sure to attract many gastronomic tourists to the natural and cultural sites of the area.

A description of the MountainTaste project can be found on the website under the ‘Projects’ tab.

In the territory of the Lviv oblast and the Podkarpackie voivodeship, the project team visited Boyko households, collected materials on the traditions of Boyko cuisine, old recipes, people's stories and ethnographic data. Culinary bloggers, journalists and tour operators also took part in the organised expeditions and had the opportunity to personally talk to housewives in the region and learn about the uniqueness of Boyko cuisine. 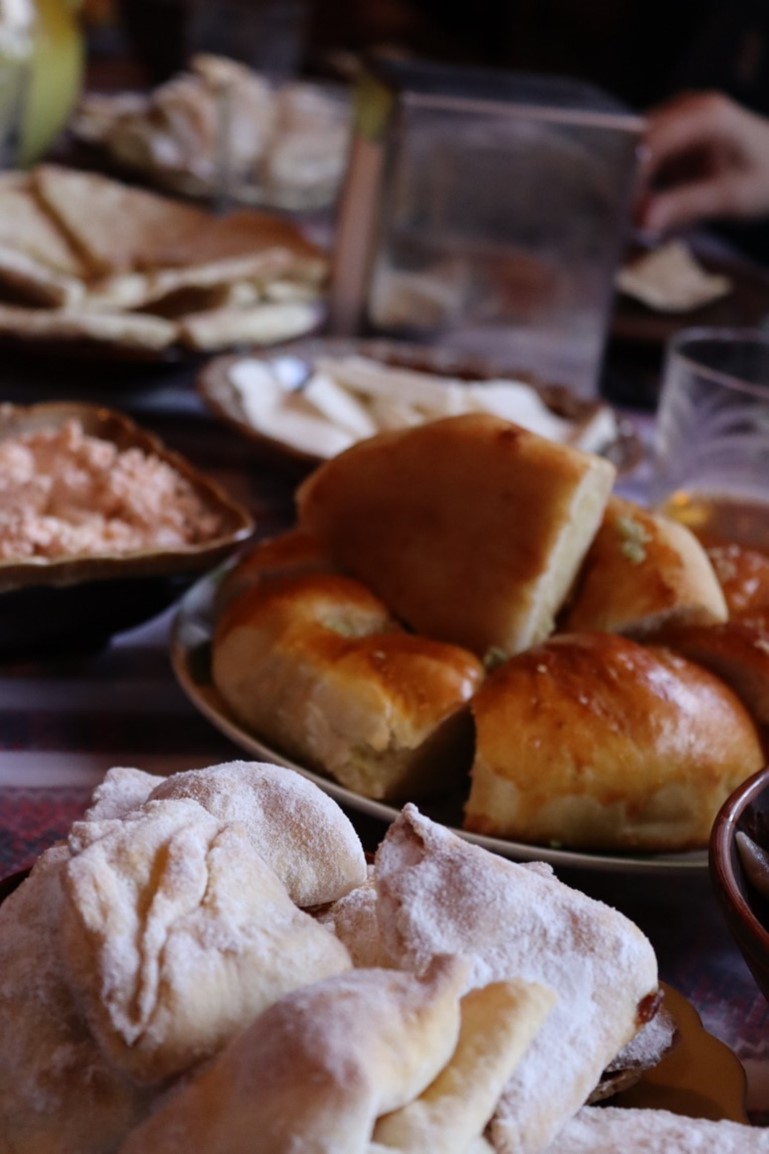 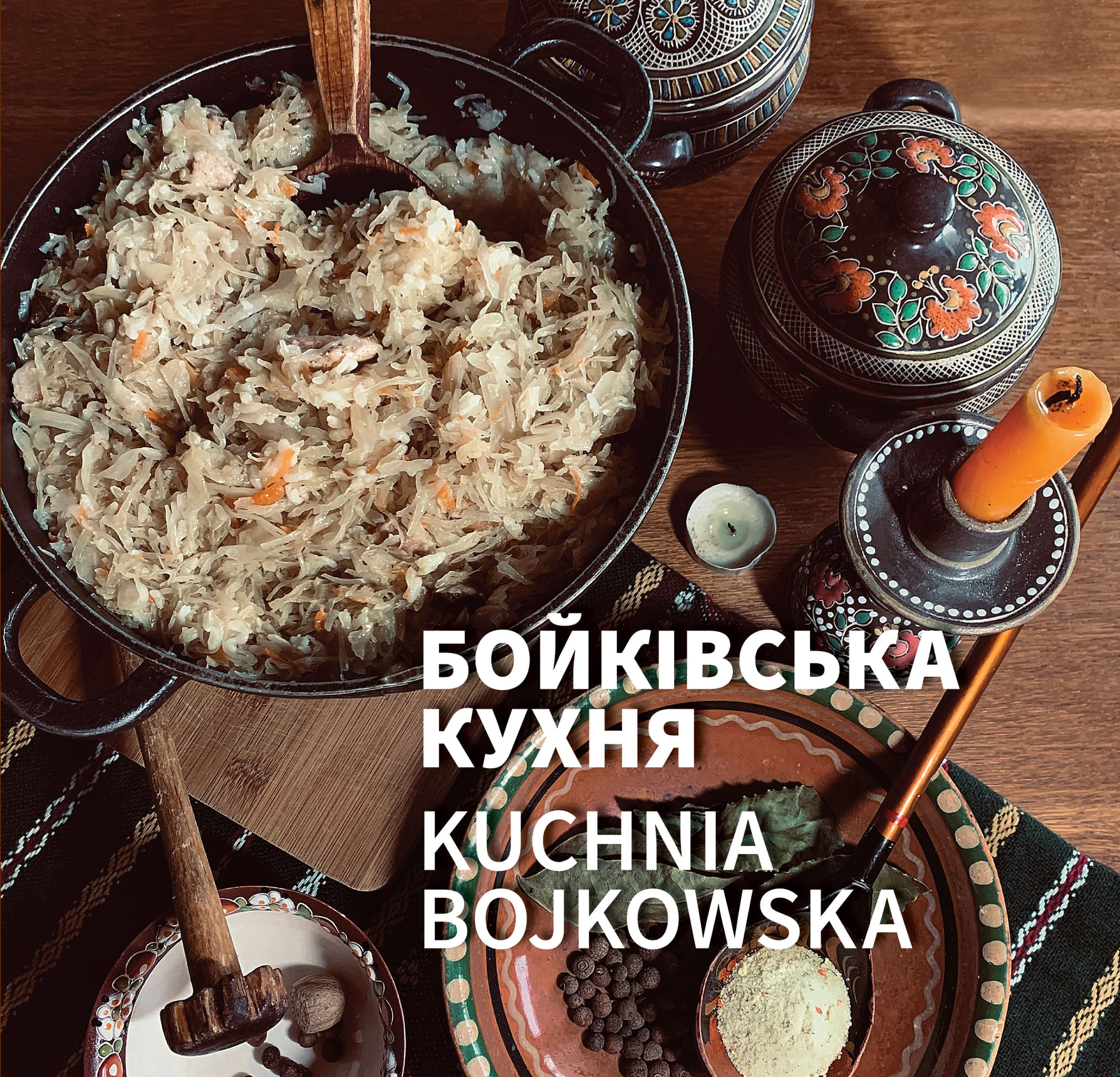 The book was met with great interest and was downloaded more than 1500 times in just five months after its publication online.

Over the centuries, the method of preparing Boyko cuisine has remained almost unchanged. The cuisine is characterised by the simplicity of its preparation and is based solely on products grown in the region. Most dishes are made from beans, oat flour, potatoes, cabbage, mushrooms and dairy products.

Everyone can try their hand at preparing original dishes from a selection of recipes:

Lenten dish from the Bieszczady mountains

The project partners from Poland and Ukraine organised 2 expert meetings and on-line conference, during which they discussed the results of the ethnographic expeditions and presented assumptions for promoting the cultural heritage of Boyko cuisine. The meetings were also attended by representatives of the tourism industry, scientific researchers, ethnographers and historians.

Round table of ethnographers and historians in Ustrzyki Górne (PL) 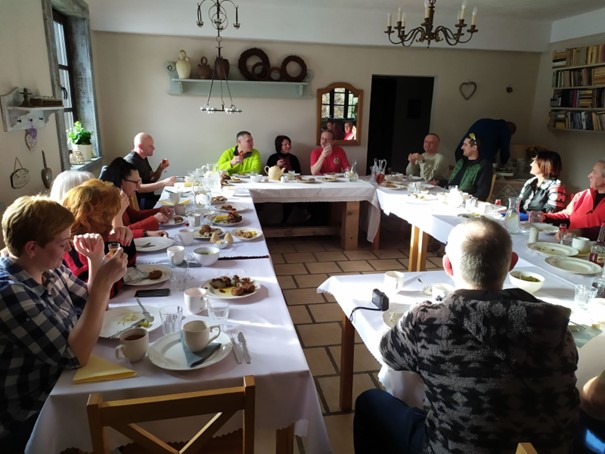 Round table discussion with historians and researchers 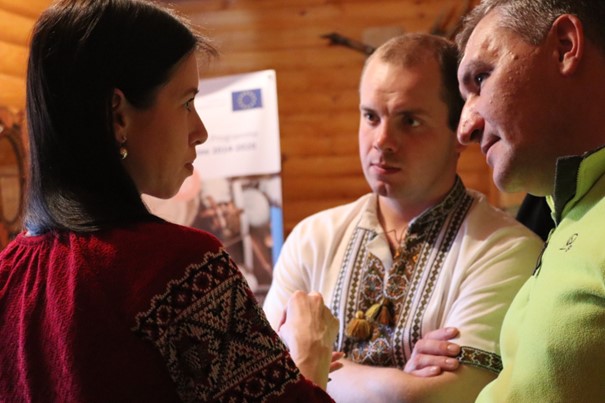 During the conference with the participation of ethnographers, the results of ethnographic expeditions and materials collected on the culture and traditions of the Boykos were presented.

The project partner, the Local Tourist Organisation in Przemyśl, created a series of online culinary workshops on Boyko cuisine with Agnieszka Wereszczyńska, a culinary instructor.

Festival of Boyko Cuisine in Ukraine 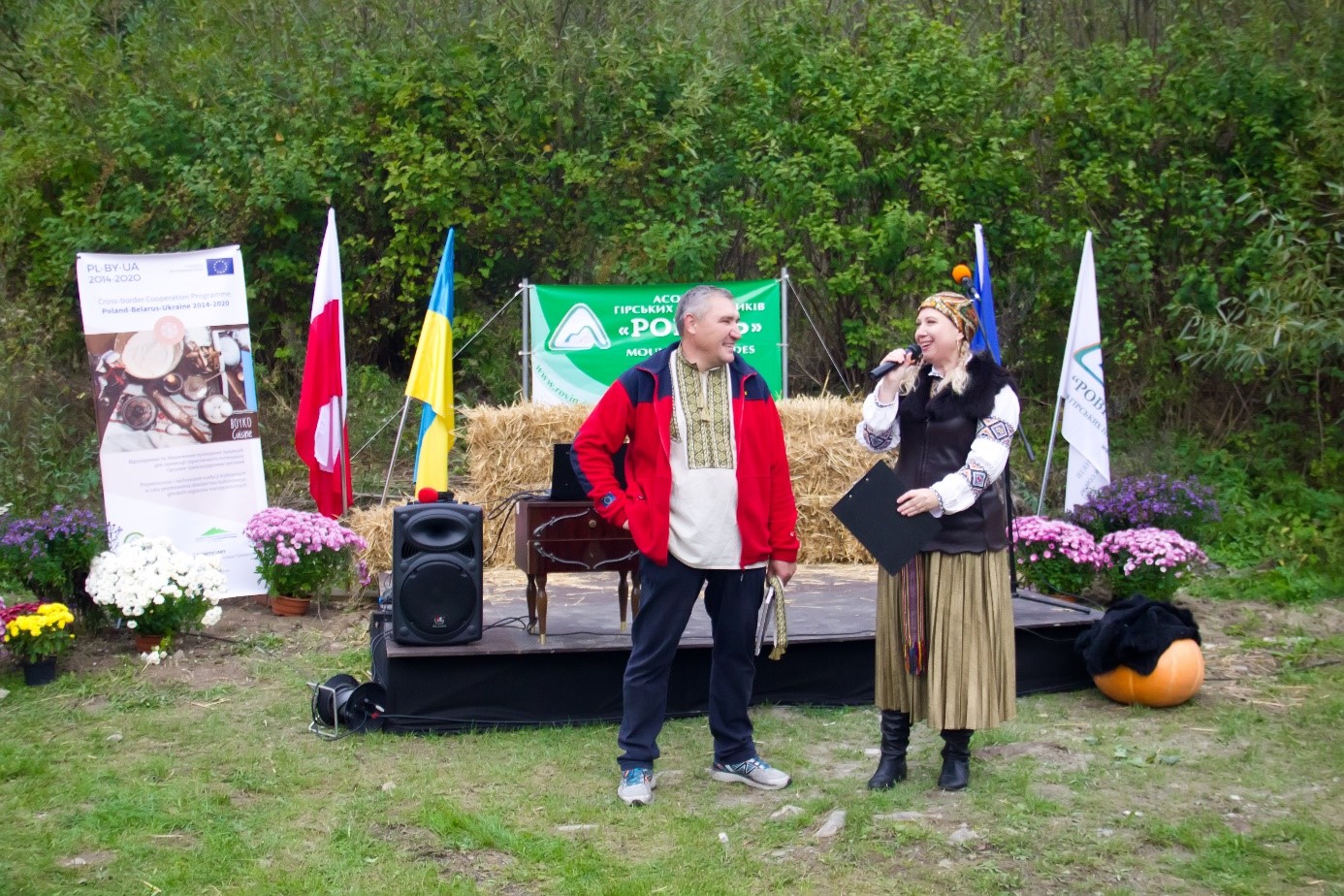 On 11th October 2020, as part of the Boyko Cuisine Festival in the village of Dovhe-Rovin (Lviv oblast, UA), the partners organised a culinary workshop. Their participants were able to learn how to prepare traditional dishes of the region, as well as taste the ones already prepared by housewives. The culinary workshops organised during the Festival were met with great interest, with 20 housewives and more than 200 participants, including representatives of local authorities, the tourism industry and the media. 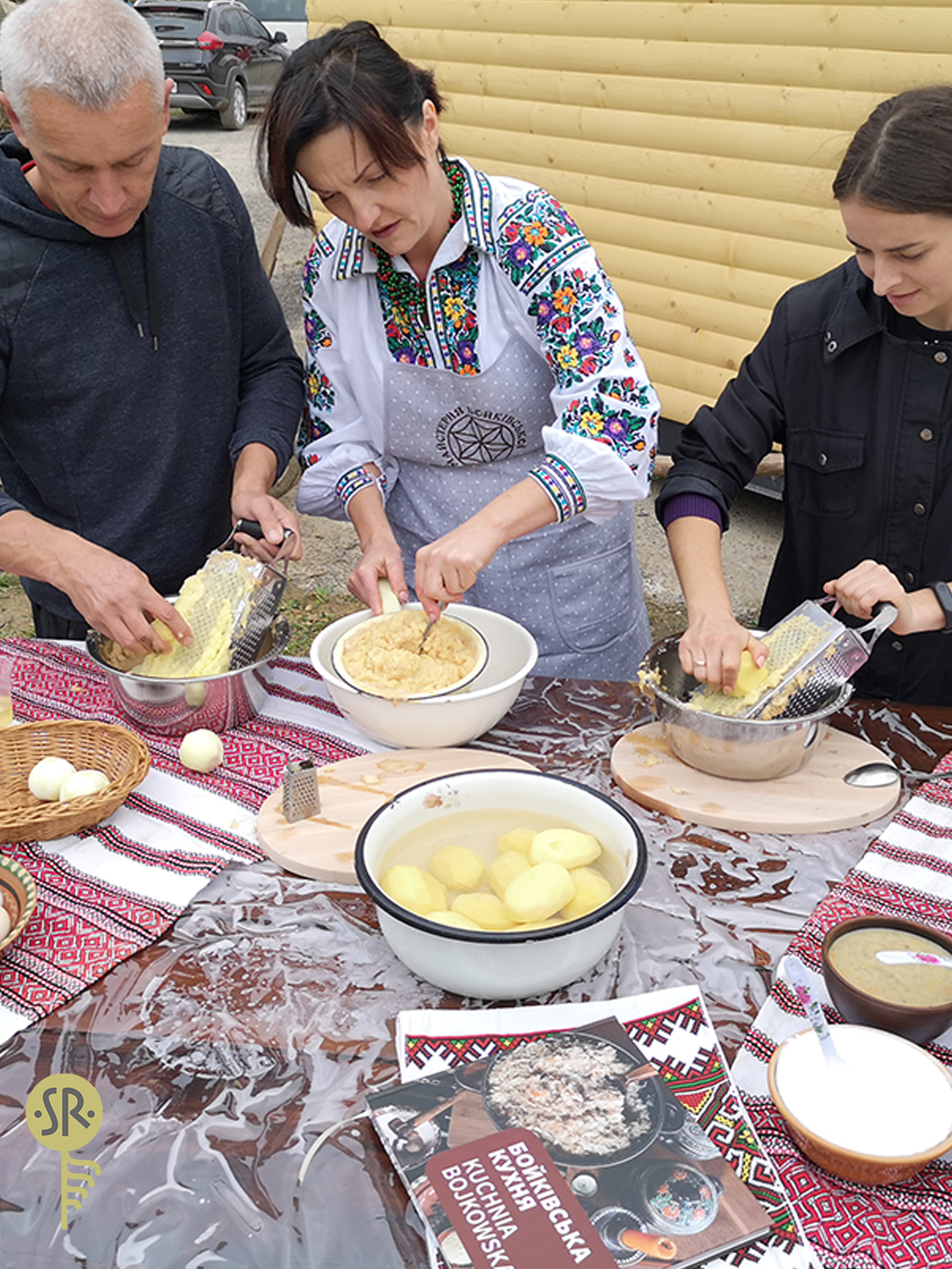 Reports from the Boyko Cuisine Festival

Cooking workshops as part of the Boyko Cuisine Festival 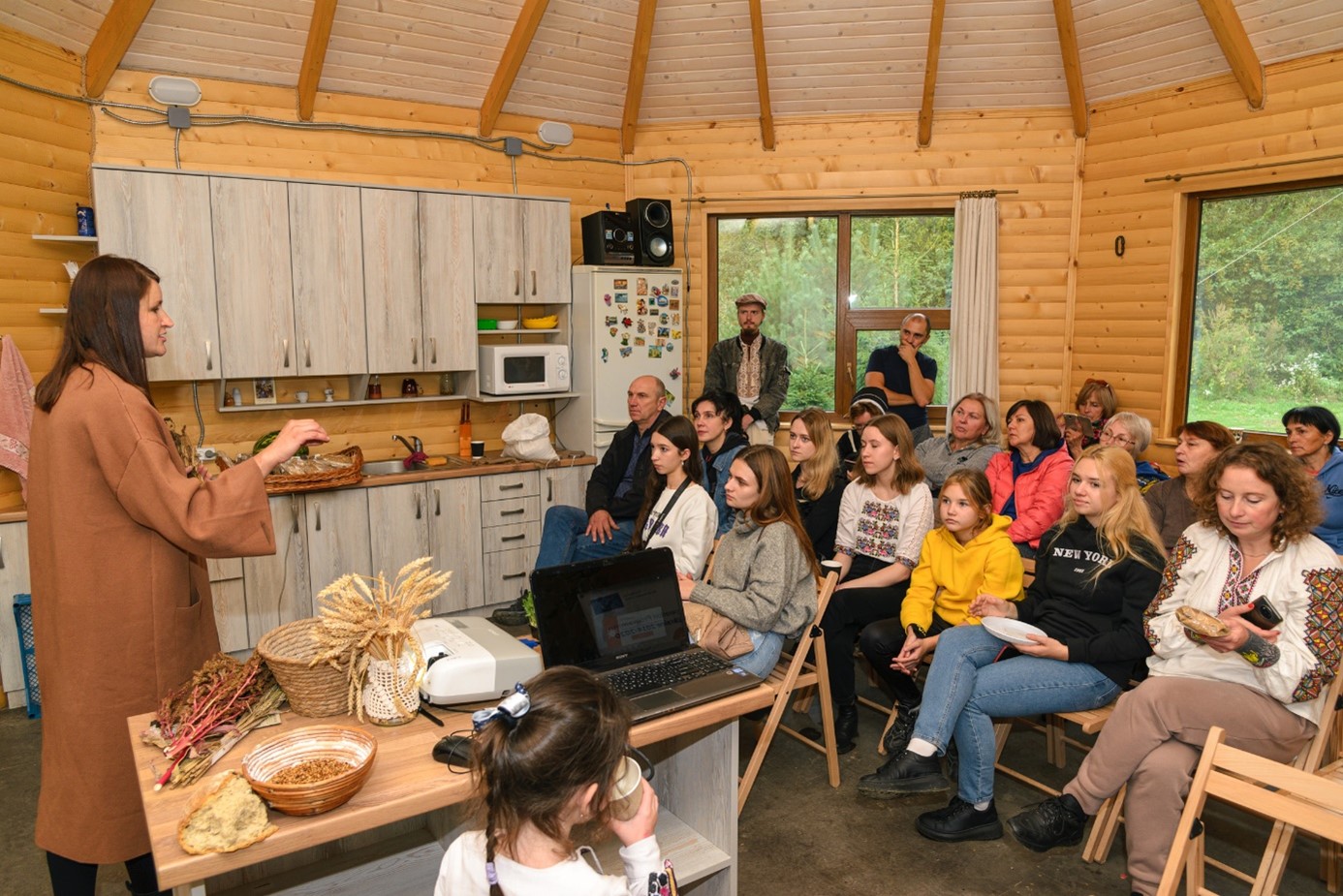 The project met with great interest and was actively promoted by the local media: