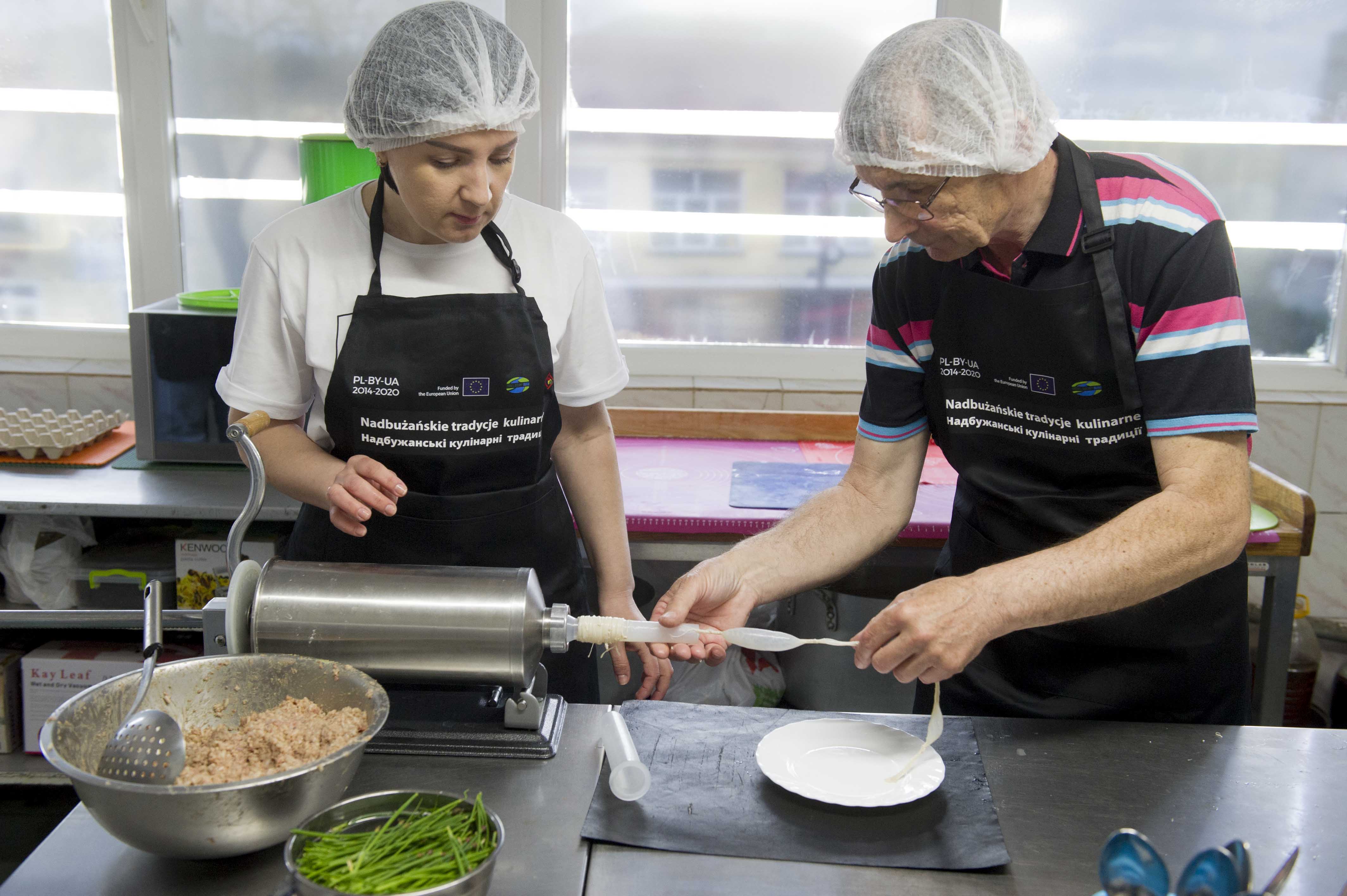 River is a symbol of life and abundance. Cities and towns often emerge on riverbanks, apparently brought to life by the river’s flow. The Bug is one of the most important rivers in the Polish-Ukrainian cross-border area. Throughout the ages, it has been the source of life for the people, who settled on its banks. People living there, both on Ukrainian and Polish sides, have much in common in terms of their traditions, folklore and food culture. This was the idea behind the project BugCuisine. The project partners, Association "Local Action Group – Bug Valley Melting Pot" and “Local Agency of Economic Development of Kamyanka-Buzka District” had this idea during a festival in Poland, where Ukrainians were guests.

You can read more about the project here.

We thought it would be interesting to revive the recipes of old dishes prepared in the Bug valley area and share them with people. By doing this, we wanted to integrate local communities, help them learn more about each other and promote our area through a new product. The project turned to be a truly unique and moving experience, with a great social element – even if the activities had to be modified due to the war in Ukraine — says Maria Zhukovska, project coordinator on the Ukrainian side.

The project also got her to know amazing people, for whom food means more than everyday routine. They were for example Halyna and Oleksiy, a mother and son duet, who conducted a series of culinary workshops within the project.

Cooking is very important to me, it’s something I’ve been doing for all my life. I can speak about it for hours. – tells Halyna.

Previously she worked as a teacher in a vocational school in Dobrotvir, where she held cooking classes. This work was also a source of inspiration for her as students would often bring their own old recipes from home. Then, she would convert old measurements into modern ones, try them and sometimes adapt them a bit. This is how many old dishes were preserved and revived. She has been looking for old recipes everywhere and has collected a great deal of them.

She has a theory of her own:

Every time I see some new fashionable dish I can think of its Ukrainian analogue, which existed a long time ago. Ukrainian cuisine has everything in it – its own pizza, quiche, pudding. Our grandmothers knew how to prepare these dishes.

At some point Halyna decided to start her own restaurant in her town. It’s called «the Bug» and it positioned itself as «a restaurant of revived recipes». Her son followed in her footsteps. He has both education and practical experience in this field, as well as several culinary contests behind. He loves experimenting, mixing the old and new. Participating in the project was new and unusual experience for both of them.

Ten workshops went in one breath – we would finish one workshop and start getting ready for the next one. The process was so inspiring, the atmosphere was incredible. – Halyna states.

The workshops focused on the dishes typical for this area or local variations of well-known dishes.

Naturally, fish is the specialty of the Bug cuisine. So, we prepared a «fisherman’s bag» with different kinds of fish inside. Also, vegetables have always been quite popular, but, of course, not salads. Beans, cabbages and beetroots were prepared, usually stewed or baked, often together with some grains – we had such dishes on the table, too. Meat dishes are very interesting and diverse. For example, one of the workshops was devoted to vereshchaka – a very old way to prepare meat in marinated beetroot. Also, we cooked ribs in beer with cherries and three kinds of sausages – krovianka, kartoplianka and hurka.  And, of course, there was borshch.

…The war put the project on a pause. It was hard to think about anything but war. Each Ukrainian family was affected by it. Kamyanka-Buzka became a temporary home for internally displaced persons from northern and southern parts of Ukraine.

In spite of this, one day the project team decided to renew the workshops. As there were many refugees in the town, Maria decided to invite them to participate in the workshops, too.

For many of them, this experience was priceless. After the atrocities and devastations they left behind, they felt welcome and enjoyed a warm and friendly atmosphere, while cooking together, discovering new tastes and learning about the culture of their hosts. They appreciated it so much. Some dishes or rather a way of cooking was new to them – such as borshch with smoked pears or our local sausages. Our cuisine is so diverse, we can learn a lot from each other. – Halyna says.